I’ve mentioned my Nima tester in a couple articles already as I’m sure I’ll do again in the future. The reason being that it has changed my life and the way I manage my celiac’s disease. But what is a Nima tester, and what does it do? A Nima tester is a pocket sized device that tests food for gluten. According to their website, “Nima is optimized to detect 20 ppm of gluten and above. 20 ppm is the FDA standard for gluten-free in the U.S.” It’s like having a laboratory in your purse!

My Mom found out about it when I was still living in Orlando and literally dying from my uncontrolled celiac disease. I was extremely sceptical at first and at a price of around $400 I told her it wasn’t worth it. However, my health continued to worsen and the next thing I knew there was a box labeled “Nima” delivered to my door. Good ol Mom! The first time I used it was on the 12 hour drive home from Orlando. I was having so much trouble with my tummy that I had planned to starve myself until we got home (which wasn’t that big of a deal to me at that point because I had been doing that every day at work anyway), but we stopped at Sonny’s BBQ along the way and Mom talked me into testing it with my new Nima. I was still skeptical but hungry so I did. Wouldn’t you know! It came up gluten free! I ate a little bit, and I was fine. I had no idea how liberating it would feel to be able to eat out with confidence again! Once I started Nima testing, I found out that many of the foods I had always considered safe actually contained gluten. Even some things that claimed to be gluten free tested positive for gluten! (I’ve linked to an article I wrote about these surprising discoveries.) It was no wonder I had gotten this sick. I was fighting an uphill battle, but my Nima tester leveled the playing field. 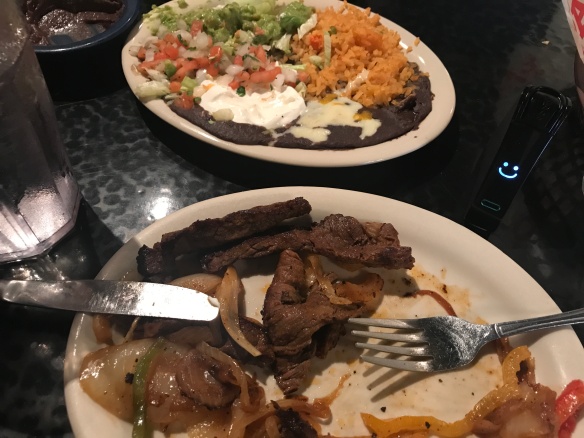 In order to test your food with the Nima, you use a prepackaged capsule. The capsule has a lid that doubles as a food grinder. Open up the capsule by unscrewing the lid, put in a tiny amount of food (about the size of a pea), and screw the lid down tight until a pop is heard. Then, put the capsule in the Nima and press the start button. In about five minutes, the Nima’s screen will show one of two things: a smiley face, meaning no gluten found, or a stalk of wheat, meaning gluten found.

If you should find yourself without a capsule, or perhaps just in a rush to find somewhere with reliable gluten free options to choose from, not to worry! Nima has you covered with their Nima app. They have created a system which documents the results of most all Nima tests and marks them on a Google Maps style map. All you have to do is look on the map, find a green triangle, and click on it to read reviews by other Nima members to learn about the restaurant.

This article isn’t meant to sell Nima testers, and it isn’t sponsored by anyone. I just know how much this device has changed my life, and as involved as I am in the Celiac community as a gluten-free bread baker, it has continually surprised me how few people know this option exists. Now, I’m not going to pretend it’s affordable for everyone, because at $400 a pop, I know it’s not; however, if you are interested in purchasing one of these devices, I encourage you to click the link below and go to their website.